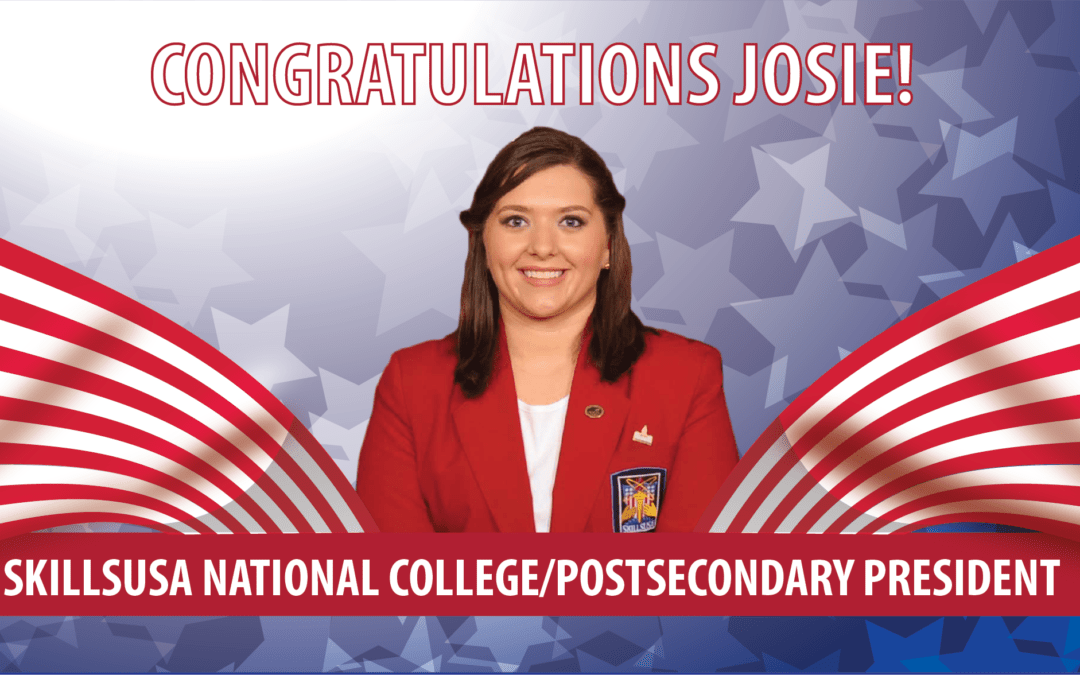 This is Josie’s 6th year participating in SkillsUSA. Her journey began in Maryland at the Center for Applied Technology North as a culinary arts student and SkillsUSA member. Josie has competed a total of seven times earning seven medals in Commercial Baking, including a Bronze Medal at the 2015 National Skills and Leadership Conference. In addition to her Bronze Medal, Josie also earned a scholarship to Johnson & Wales University.

However, Josie’s journey was not complete. She travelled to the 2017 National Skills and Leadership Conference with Team RI as a National Officer candidate. Through Josie’s hard work, dedication, and contagious optimism she was elected SkillsUSA’s 2017-2018 National College/Postsecondary President.

Josie will graduate from JWU in the spring and then intern at her alma mater, Center for Applied Technology North in the fall of 2018.